Stephanie Mills (All in the Family) 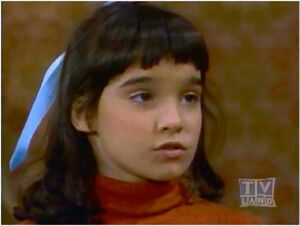 Stephanie Mills is a character from season 9 of All in the Family and the follow-up series, Archie Bunker's Place. She's Archie Bunker's grand-niece who's taken in and cared for by the Bunkers after her father, Floyd Mills abandoned her on the doorstep to extort some money.

She was portrayed by child actress Danielle Brisebois, who joined the show in 1978.


Retrieved from "https://loathsomecharacters.miraheze.org/w/index.php?title=Stephanie_Mills_(All_in_the_Family)&oldid=25277"
Categories:
Cookies help us deliver our services. By using our services, you agree to our use of cookies.