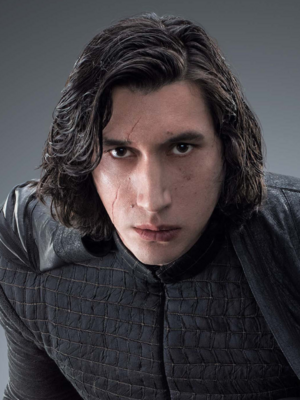 Kylo Ren as he appears in the Star Wars sequel trilogy. Here, he is unmasked.

NOTE: Yes, I know that he's a villain and they are designed to be unlikable, but Kylo is a pathetic character, regardless if he is a villain or not.

Kylo Ren (also known by his birth name, Ben Solo) is a character in the Star Wars franchise introduced in Star Wars: The Force Awakens. The son of Han Solo and Leia Organa and nephew of Luke Skywalker, he was seduced to the dark side by Supreme Leader Snoke.

Retrieved from "https://loathsomecharacters.miraheze.org/w/index.php?title=User:FreezingTNT/sandbox/Kylo_Ren&oldid=34487"
Cookies help us deliver our services. By using our services, you agree to our use of cookies.