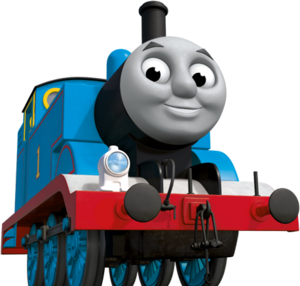 Thomas the Tank Engine is an anthropomorphic E2 Billington class tank engine who is the titular protagonist of British TV series, Thomas & Friends. During seasons 12 through 16, he has become badly butchered to the point he is excessively unlikable and useless, especially in most of the episodes from those same seasons. During seasons 13 - 16, he was voiced by Ben Small and Martin Sherman in the UK and US respectively.

NOTE: This will only focus on how he was butchered badly in Season 12-16.

Retrieved from "https://loathsomecharacters.miraheze.org/w/index.php?title=Thomas_the_Tank_Engine_(Seasons_12-16)&oldid=40850"
Categories:
Cookies help us deliver our services. By using our services, you agree to our use of cookies.