NOTE: This only applies to his Pre-Super Genesis Wave incarnation. Not his video game counterpart. 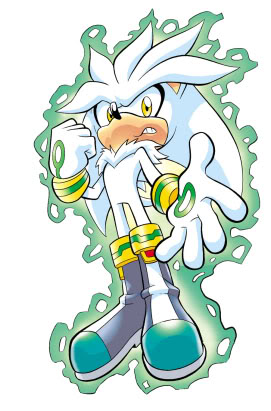 Silver the Hedgehog is a supporting character in the Sonic the Hedgehog Pre-Super Genesis Wave comic series and its spin-offs published by Archie Comics. He is an anthropomorphic white hedgehog gifted with psychic abilities from a post-apocalyptic alternate future in the year 3437 P.X.E., two hundred years away from the Mobius Prime's timeline.

one month ago
Score 0
He was kinda cool in the Secret Freedom Fighters arc.
Permalink
Retrieved from "https://loathsomecharacters.miraheze.org/w/index.php?title=Silver_the_Hedgehog_(Pre-Super_Genesis_Wave)&oldid=25159"
Categories:
Cookies help us deliver our services. By using our services, you agree to our use of cookies.