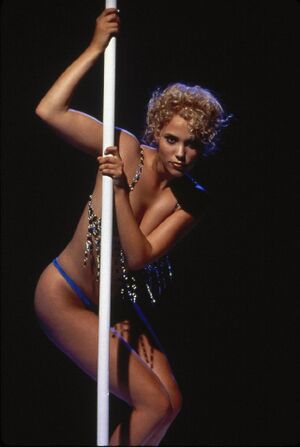 You can't touch me, but I can touch you. I'd really love to touch you.

Nomi Malone (Real Name: Polly Ann Costello) is the main anti-hero of the 1995 7-time Razzie Award-winning erotic-drama film Showgirls. She is portrayed by Elizabeth Berkely (who is better known for her role as Jessie Spano in the teen sitcom Saved by the Bell).

Retrieved from "https://loathsomecharacters.miraheze.org/w/index.php?title=Nomi_Malone_(Showgirls)&oldid=33775"
Categories:
Cookies help us deliver our services. By using our services, you agree to our use of cookies.