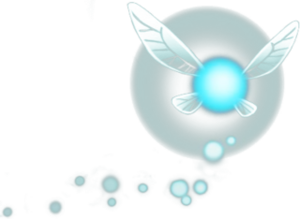 Navi is a major character in The Legend of Zelda: Ocarina of Time. She serves as Link's guide throughout his adventure. She is regarded as one of the most annoying characters of all time by both critics and fans alike.

Even though Nintendo has ditched Navi, They've made other sidekicks that are on the same level as annoyance as Navi. Tatl, Ciela, Fi, and Proxi.

In Angry Video Game Nerd Adventures, there's a fairy called "Naggi The Fairy" who is based on Navi's likeliness.

The line "Hey, Listen!" has become an internet meme.
Retrieved from "https://loathsomecharacters.miraheze.org/w/index.php?title=Navi_The_Fairy&oldid=31790"
Categories:
Cookies help us deliver our services. By using our services, you agree to our use of cookies.