Mayor Susan Shelbourne is the main antagonist of the American film Cloudy with a Chance of Meatballs, based on the storybook on the same name. He is the mayor of the town of Swallow Falls, which is the main setting of the film.

Mayor Shelbourne also appears in a TV show adaption of the aforementioned film (which is a prequel to the film) that first aired on Cartoon Network, where he appears as the the one who runs the school of Cannery High. He is also shown to have a son named Gilbert Shelbourne. 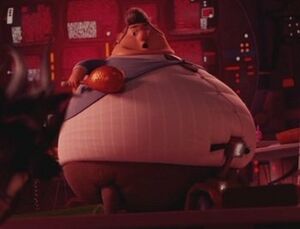 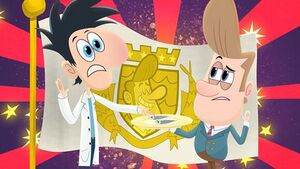 In the TV Show adaptation

Retrieved from "https://loathsomecharacters.miraheze.org/w/index.php?title=Mayor_Shelbourne&oldid=28982"
Categories:
Cookies help us deliver our services. By using our services, you agree to our use of cookies.