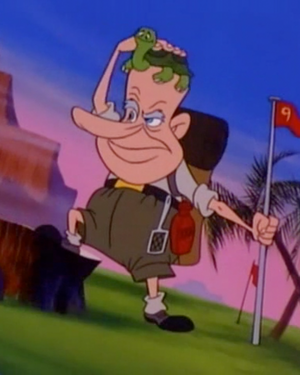 Martin Pardon is a character from The Lion King's Timon and Pumbaa on the Laughing Hyenas segment "TV Dinner" where he was a nature show host trying to talk about the Armadillo but the Hyenas keep interrupting his filming, he is voiced by Rob Paulsen.