Must be fun, getting away with your evil deeds (Art by SavageDLX) 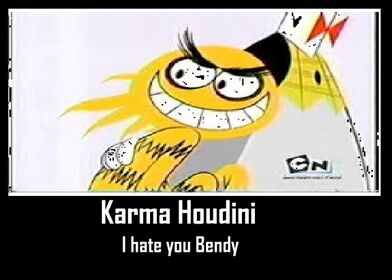 An example of a karma houdini

Karma houdinis are people who constantly commit wrongdoings and get away with no comeuppance or karma. They are the polar opposite of butt-monkeys. No matter how bad they do, or how much they deserve it, karma just seems to forget about them and instead punish the innocent butt-monkeys.

Overall Reason Why This Trope Sucks

Basically, this trope serves as hateful character development, where characters you hate or despite get off scot-free from anything they caused and actually deserve their comeuppance more than the butt-monkeys.