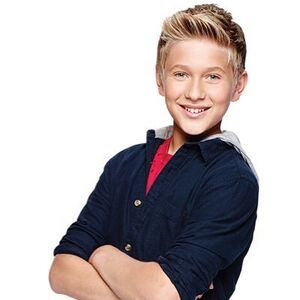 Hudson Gimble is the tritagonist of the American live action sitcom "Game Shakers". He's not very intelligent, making him suitable for a test dummy.


Retrieved from "https://loathsomecharacters.miraheze.org/w/index.php?title=Hudson_Gimble&oldid=36821"
Categories:
Cookies help us deliver our services. By using our services, you agree to our use of cookies.