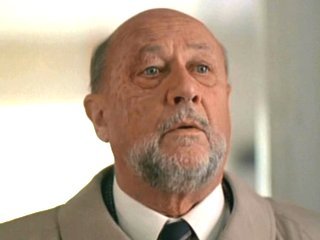 Dr. Samuel Loomis is one of the two main protagonists of the Halloween franchise and a confident psychiatrist. He is also the archenemy to the series' central character and main antagonist, Michael Myers.

However, he was sadly flanderized when Halloween 5: The Revenge of Michael Myers was released in 1989.

NOTE: This will only focus on the Halloween 5 version of him.

Retrieved from "https://loathsomecharacters.miraheze.org/w/index.php?title=Dr._Samuel_Loomis_(Halloween_5:_The_Revenge_of_Michael_Myers)&oldid=54329"
Categories:
Cookies help us deliver our services. By using our services, you agree to our use of cookies.