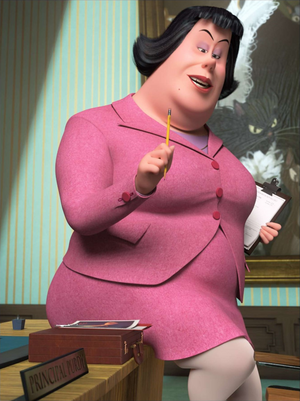 "It's normal for children to tease. It's not normal for them to bite! Clearly it's because of how he's being raised. In my opinion, a dog can never be a suitable parent to a little boy."

She was voiced by Allison Janney.

Bad Characters from Good Media]]
Retrieved from "https://loathsomecharacters.miraheze.org/w/index.php?title=User:LancedSoul/sandbox/Ms._Grunion_(Mr._Peabody_%26_Sherman)&oldid=59974"
Cookies help us deliver our services. By using our services, you agree to our use of cookies.