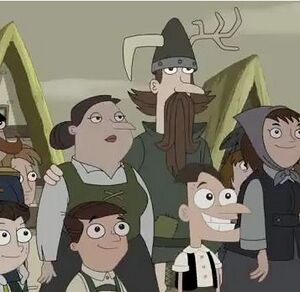 The ones on the top.

Mr. and Mrs. Doofenshmirtz are Heinz and Roger Doofenshmirtz's parents and overarching antagonists in the Disney cartoon series, Phineas and Ferb.

The Only Three Redeeming Qualities

5 months ago
Score 3
Mr. And Mrs. Doofenshmirtz are the definition of neglectful parents.
Permalink

Retrieved from "https://loathsomecharacters.miraheze.org/w/index.php?title=Mr._And_Mrs._Doofenshmirtz&oldid=44473"
Categories:
Cookies help us deliver our services. By using our services, you agree to our use of cookies.