Difference between revisions of "Master Shake" 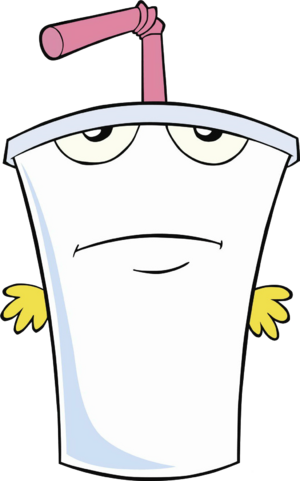 Being cool doesn't get anyone off the hook, and this guy right here is no exception.

Master Shake is the central protagonist of Aqua Teen Hunger Force. He's a cool, mean-spirited, near-sadistic and self-centered milkshake, in the form of a white cup with a pink straw and two yellow gloves with green stuff in his guts which is probably his blood.