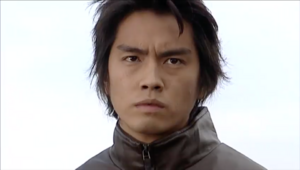 Masato Kusaka is the wielder of the Kaixa Gear, which he uses to transform into Kamen Rider Kaixa and the tritagonist of Kamen Rider 555