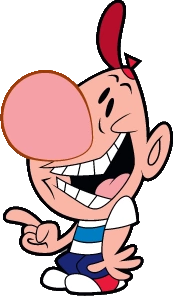 "And besides, it’s fun to smash stuff!"